Japanese Reconstruction : The Garden of Hope

This is created as a conceptual garden.


The turbulent water in the black pond represents the massive Tsunami itself. Everything was swept away in a moment by this event which later returned to the normal sea as though nothing had happened, creating a great deal of sorrow, changing people's lives in that moment.

We realised that we must keep moving ahead, determined to overcome this disaster. Our lives must return to normal. The people suffered greatly however, many things have been learnt in the process.

The stone placed in the middle of the pond represents people's unwavering determination to survive. And also the pine tree beside it represents human hope. Out of tens of thousands of pine trees, only one Japanese red pine tree was left standing in the grove after the Tsunami of March 11th last year had swamped the coast of Rikuzentakata in Iwate Prefecture.That tree became our symbol of hope. (See photo 1).

Japan Island designed 'Karesansui' style is laid out by the stones. There are some new shoots growing around these stones so indicating the new future.


We have received many many encouragements from Japan and all of the world giving us great hope and courage to overcome this disaster.

The English Plants as planted is to show appreciation for the great international aid,and this has been created by embracing these shapes in each planting area. This, representing unity as raised arms shaping an arch which represents all our futures together as one whole world. 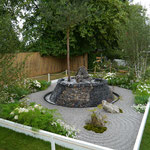 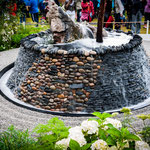 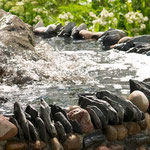 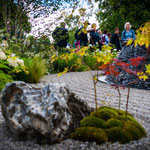 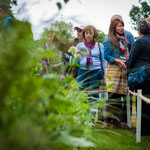 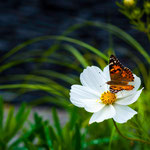 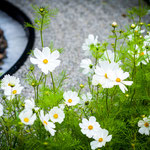 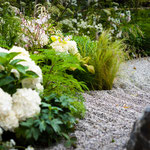 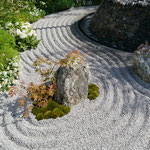 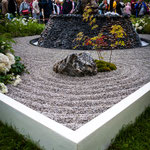 I dedicated my first conceptual garden at RHS Hampton Court Palace Flower Show 2012 for victims of the Great Eastern Japan earthquake and tsunami which occurred on 11th March, 2011.

I have been closely involved with the ‘3.11 Garden Charity’ and 'Green Fields' helping residents of the stricken town of Rikuzentakata. This charity aids reconstruction by seeding flowers in affected areas.

We succeeded in raising ￡800 as a result of the garden entitled ‘Japanese Reconstruction: the Garden of Hope’ at RHS Hampton Court Palace Flower Show 2012 which has already been passed on to '3.11 Garden Charity' in Japan.

I believe that encouraging garden lovers in the Tohoku region is a powerful way to help rebuild the quality of  life for those caught up by the earthquake and tsunami.

My garden at Hampton Court represents the unity and cooperation of people throughout the world and also I wish to use my garden to communicate my appreciation for all the support and encouragement received from the UK and also from all over the world at the time of the disaster.